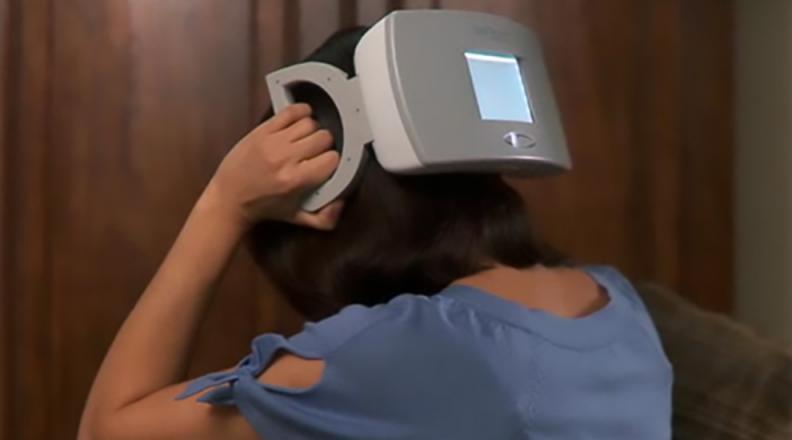 When the medical technology startup eNeura was ready to take its next generation migraine solution to market in 2013, Cornell BME M.Eng. students were tapped for help. Designing a physical package and user interface became an M.Eng. project that resulted in a product for eNeura. eNeura founders Drs. Robert and David Fischell (B.S. '75, Ph.D. ‘80 AEP), serial entrepreneurs who had commercialized medical devices before, had ideas for the design but knew the project needed additional resources with knowledge and creativity to make those ideas into prototypes for consideration and testing. David Fischell, an emeritus trustee and the current chair of the Meinig School Advisory Council, recalled being asked to keep an eye out for industry projects that might be suitable for students in the M.Eng. program. eNeura’s project seemed a good fit for the request.

“The vision to connect Cornell Engineering M.Eng. students with external sponsors,” said David Lipson, then M.Eng. program coordinator and a senior lecturer in biomedical engineering “came from Mike Shuler.” Shuler, the Samuel B. Eckert Professor of Engineering and chair of BME at the time, had been integral to establishing the Department of Biomedical Engineering, now the Meinig School, as part of the College of Engineering in 2004, and had long been a proponent for connecting biomedical engineering at Cornell with companies and individual physicians hoping to develop a prototype of a clinical concept. "The specific opportunity with eNeura came about," said Shuler “because of a need and also the Fischells' faith that our students could make real progress on the problem.”

Together, the Fischells, Shuler and Lipson defined the project and presented the opportunity to students beginning the 1-year M.Eng. program. From the interested students who came forward, they assembled a team comprised of Priyanka Venkatesh, Qui Rui, Abvirab Deb, Ji Heng Fei and Rachel Hyder. It was this team that worked concurrently with eNeura’s engineers and leadership team operating in California during the 2013-2014 academic year. “The company worked closely with the chosen M.Eng. students—a group of highly motivated individuals,” said Shuler, “and David Lipson’s supervision was critical.

At the start of the project, the M.Eng. team was asked to create a design to meet user requirements provided by eNeura. After brainstorming around those requirements and details with the eNeura team, the Cornell M.Eng. team divided tasks based on individual skills and set to work.

“The students got to develop the user interface for this device for a discriminating customer," said visiting lecturer Jack Thompson, who advised part of the project. “A common challenge for the design engineer (or team) is to refine the sometimes unclear vision of the product manager into a demonstrable embodiment. But when the product manager says 'this is exactly what I had in mind!' the vision has been distilled into a definition that can be detail engineered and produced. This is valuable experience and a glimpse into how new products are developed.”

“This project was an invaluable introduction to industry–and the highlight of my time in the M.Eng. program,” said Rachel Hyder, a student member of the team who worked on the electronics for the interface. “The partnership meant direct access to eNeura’s engineers and founders. It also meant a very tangible end goal, a design used in an FDA-approved, marketed medical device—kind of a pipe dream for a 22-year-old BME student.” Hyder recalled the experience also helped develop effective communication skills necessary for working with a cross-functional team—a guarantee in today’s biotech industry. She said frequent update meetings with the eNeura engineers kept the project moving forward; quick feedback and advice kept the project from derailing. “The current device design, the sTMS mini (shown right),” said Hyder, is very similar to the one we developed.” The mini, approved by the FDA in 2016, is now being rented to patients around the U.S.

Hyder’s involvement with the eNeura-Cornell partnership led her to join another Fischell company, Angel Medical Systems, as Field Clinical Engineer after graduating in 2014. She spent a rewarding two years there before moving on to Regeneron Pharmaceutical where she currently works as a validation specialist, qualifying large scale manufacturing equipment and managing validation projects.

Of the eNeura-M.Eng. collaboration, David Fischell said, “My dad (Robert) and I were extremely impressed by the creativity and engineering of the student team."

With the device now available to migraine sufferers through prescription, the collaboration appears to be a success, and projects with external sponsors remain a cornerstone of the Meinig School’s M.Eng. program.

The Project:
“One of the challenges,” said Thompson, “was the user interface.” To operate effectively, the device needed to be in contact with a specific place at the back of the head during treatment, which meant its design had to accommodate a comfortable and effective grip that allowed for placement accuracy for treatment. Because a user couldn't see the device when in use, it also meant that a typical graphic/LED interface was not useful for indicating treatment progress.

For the physical packaging, the team proposed an approach that distributed the components (circuit board, treatment coil and two large capacitors) and would fit the patient’s hands comfortably. They prototyped several iterations of this shape using 3D printing with a high-quality material/method to achieve a smooth and pleasing prototype surface executed by an external 3D print service.

For the device’s user interface, the team simulated operation of the device using an Arduino board to emulate the device microcontroller. Next they built a prototype of a user interface consisting of buttons, a speaker and LEDs to indicate battery charge, system readiness and status. The final interface incorporated a pushbutton start that progresses through an aural system of tones that increases in tempo as treatment progresses toward completion. Lastly, they programmed the Arduino to demonstrate the interface concept packaged in the 3D-printed case. This user interface and geometric prototype was presented to Fischell and other supporting personnel at eNeura, who were impressed with the result.

About Migraines:
In the U.S., over 36 million people are affected by migraine, with an estimated annual cost to the country of over $24 billion. However, 70% of patients are currently dissatisfied with current treatment options, with most patients citing side effects or lack of efficacy as their primary concerns. The eNeura sTMS mini has the ability to provide life-changing therapy for the 5.5 million Americans who suffer from migraines but cannot take medications. As migraines primarily affect people between 20 to 55 years of age, treating the disease without side effects is crucial.

Migraine can result in lost personal time, lost family time, lost days of work, co-morbid psychiatric disorders, and lost productivity for employers. There have been no new acute treatment options for migraine since the 1990s. Triptans are commonly used but can produce severe side effects (tightness in chest/throat, fatigue, drowsiness, difficulty concentrating, GI problems) and many patients are not candidates for these drugs.

THE PRODUCT
eNeura’s SpringTMS (sTMS) mini is a portable, non-drug option for treating migraines. The device operates based on the concept of single-pulse, transcranial magnetic stimulation (sTMS), which uses sub millisecond magnetic pulses of 1 Tesla intensity to electrically stimulate neurons in the brain. eNeura markets its sTMS device as the world’s only safe, clinically proven, non-drug migraine treatment for both prevention and acute treatment of migraine.  sTMS has none of the side effects associated with medications, is FDA and European CE Mark approved, and is currently available by prescription in the United States and United Kingdom. 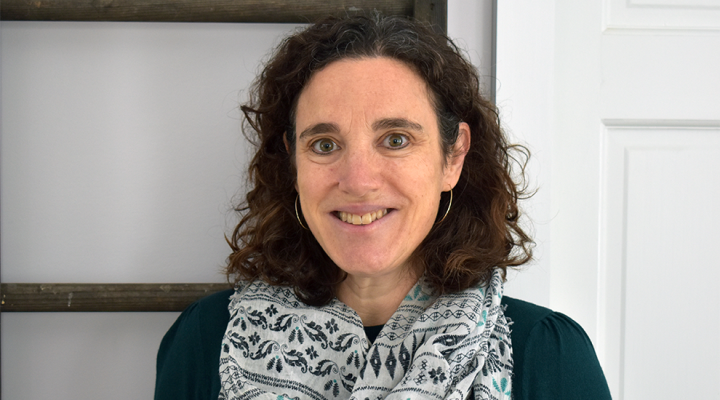 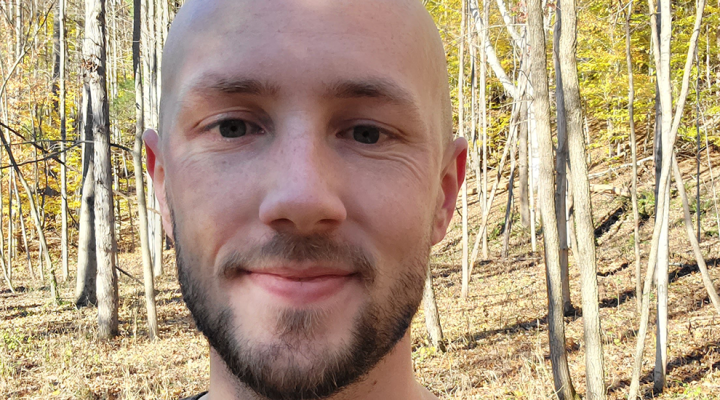 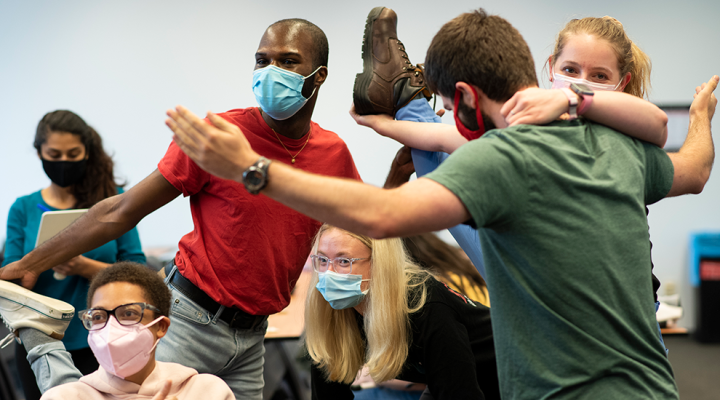 Meinig School students get a lesson in improvisation from theater group. Read more about From improv to invention: students learn creative problem-solving through theater techniques