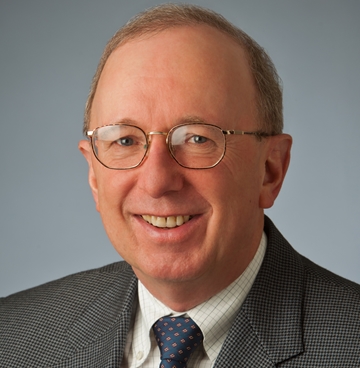 Professor Olbricht joined the Cornell faculty in 1980. He is professor of chemical and biomolecular engineering and biomedical engineering.

Our research involves the application of fluid mechanics and mass transfer to problems of biological, biomedical and industrial interest. We focus on fundamentals that are relevant to broad classes of problems and also on technology development for specific applications.

A recent example is convection-enhanced drug delivery, which is a novel method of delivering therapeutics to the brain for a variety of disorders, including some primary brain tumors. Convection-enhanced delivery bypasses the blood-brain barrier by infusing drugs through a needle directly into the interstitium. We are studying the transport of infused material in brain tissue and designing microfluidic catheters to improve the distribution of the infused therapeutics.

We are also interested in the motion of blood cells in the microcirculation, which affects oxygen and nutrient transport to tissue. One current application of interest involves a class of diseases that result in the over-production of red cells. This can result in significant changes in blood flow throughout vascular networks.

Much of our work on these problems involves microfabrication that is carried out at the Cornell NanoScale Science and Technology Center.

1. Chemical engineering unit operations laboratory (CHEME 4320) serving as instructor for a heat transfer experiment; 2. "Biomedical Engineering," (CHEME/BME 4810) an elective class for chemical, biomedical and biological engineering students at senior and MEng levels with an enrollment of 75.

Department's representative to the Council for Chemical Research.