Growing up in Germany, Jan Lammerding initially followed a traditionally engineering trajectory. Taking apart everything from cameras and clocks to radios as a kid, he went on to study mechanical engineering at the Rheinisch Westfälische Technische Universität (University of Technology) Aachen, in Aachen, Germany. Given the chance to study abroad through a fellowship from the Deutscher Akademischer Austausch Dienst (DAAD), he spent a year at the Thayer School of Engineering at Dartmouth College, earning a Bachelor of Engineering degree. The interdisciplinary environment at Thayer School reinforced his longstanding interest in combining engineering with biology. After completing his Diplom Ingenieur degree in Germany, he joined the newly founded Biological Engineering program at MIT in the first group of PhD students, designing new techniques to study the biophysical properties of cells in Dr. Roger Kamm’s laboratory.

After he received his Ph.D. from MIT, Jan Lammerding completed a brief post-doctoral training in Dr. Richard Lee’s laboratory at Brigham and Women’s Hospital before ascending through the rank of instructor to the position of Assistant Professor at Harvard Medical School. During that time, he also served as Lecturer in the Department of Biological Engineering at MIT, teaching a class in molecular, cell, and tissue biomechanics in the new Biological Engineering major. Jan’s interests in developing and applying new research approaches to study cellular biology and mechanics, as well as his passion for teaching and working with students, recently drove him to join the Department of Biomedical Engineering and the Weill Institute for Cell and Molecular Biology at Cornell, starting this summer.

The research in the Lammerding lab is focused on subcellular mechanics and the cellular response to mechanical stimulation. Combining sophisticated engineering tools such as magnetic tweezers and microfluidics with high resolution microscopy and traditional molecular biology assays, the Lammerding lab is developing new tools to characterize the biophysical properties of cells and how they can modulate cellular function. One particularly focus is the cell nucleus and the proteins that form the nuclear envelope. Mutations in these proteins cause a variety of human diseases, including muscular dystrophy, dilated cardiomyopathy, and progeria, a rare premature aging disease. One of the perplexing questions has been why many of the mutations affect only specific tissues, particularly muscles and tendons, even though the mutant proteins are expressed throughout the body. The Lammerding lab was able to demonstrate that lamins, which form a dense protein network on the inner side of the nuclear membrane, are the main determinants of nuclear stiffness and stability. Functional loss of lamins leaves cells with irregularly shaped and more fragile nuclei, thereby rendering the cells more susceptible to damage in mechanically active tissues such as muscle and providing a potential explanation for the tissue-specific phenotypes. In a surprising discovery, the Lammerding lab found that lamins can also modulate mechanotransduction signaling, i.e., the cellular response to mechanical stimulation, the same mechanism that is responsible for the muscle growth after rigorous exercise.

Building on these findings, the Lammerding laboratory is currently exploring the role of lamins in stem cell differentiation, as the fate of these cells is strongly influenced by feedback from their mechanical microenvironment. Recently, the Lammerding laboratory has also begun to explore the role of nuclear mechanics in cancer. Cancer cells are often identified by abnormally shaped nuclei, and more deformable nuclei could provide an advantage to cancer cells migrating through dense tissues or entering and existing blood vessel. The Lammerding lab is pursuing a multi-scale approach, ranging from experiments on isolated nuclei to studies on mouse models of the human diseases. 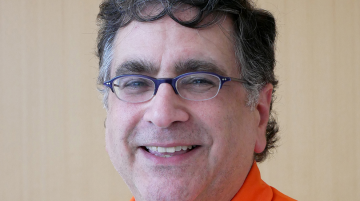 When James Antaki was 11 years old, his brother brought home an antique radio and promptly put it in the basement of their house. Antaki studied that radio and then vowed he would one day get it to... Read more about Welcome James Antaki 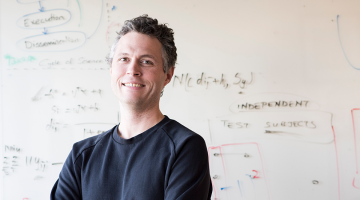 Mert Sabuncu has joined the faculty of the School of Electrical and Computer Engineering (ECE) and the Nancy E. and Peter C. Meinig School of Biomedical Engineering (BME) at Cornell. Sabuncu, who is... Read more about Welcome to Mert Sabuncu 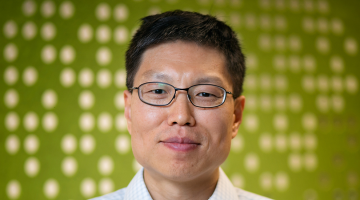