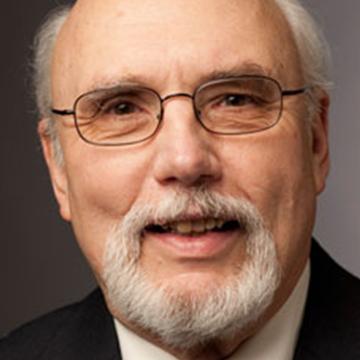 Dr. Donald L. Bartel is an emeritus director of the Cornell-Hospital for Special Surgery Program in Biomechanical Engineering. He held joint appointment as Professor at the Cornell University Sibley School of Mechanical and Aerospace Engineering, Senior Scientist in the Department of Biomechanics of the Hospital for Special Surgery and Associate Engineer of Applied Biomechanics in Orthopaedic Surgery.

Dr. Bartel's research contributions can best be described as efforts to bring mechanical engineering principles to bear on clinical orthopaedic problems in an attempt to discover optimal solutions. He is one of the innovators of this rational approach to orthopaedic problem solving.

His designs have been incorporated in several commercially available implant systems developed at the Hospital for Special Surgery and have been adopted by other designers into still other commercial implant systems. These implants are used in treating hundreds of thousands of patients suffering from arthritis and other joint disease. His contributions to the field of biomechanics are noteworthy for their breadth and for their impact on the practice of orthopaedic surgery. They include basic research, the design and development of orthopaedic implants, the education of bioengineers and orthopaedic surgeons, and service to the bioengineering community.

Dr. Bartel received his BS degree in 1961 and his MS degree in 1963, both in mechanical engineering from the University of Illinois at Urbana-Champaign. He taught engineering, mathematics and physics at Black Hawk Junior College in Moline, Illinois, for two years before beginning doctoral studies in mechanics and hydraulics at The University of Iowa. He received a PhD in mechanics and hydraulics in 1969.

Dr. Bartel joined the Cornell faculty immediately following graduation. He was a Guggenheim fellow and Visiting Scientist in the Department of Orthopaedics at the Mayo Clinic, in Rochester Minnesota, in 1976-77. In 1976 he was appointed Visiting Scientist at the Hospital for Special Surgery in New York City, the orthopaedic affiliate of Cornell University Medical College, and in 1977 he became Director of the Cornell-Hospital for Special Surgery Program in Biomechanical Engineering.

Dr. Bartel has three patents for joint and hip prostheses. He was the recipient of the Outstanding Alumnus Award in 1996 from the University of Illinois at Urbana Champaign and the Ann Vaughn Donor Award in 1989 from Kappa Delta Society.